In 1998 the ABSCIS limited management company cvba bought the former Sint-Denijs-Westrem station building off (Belgian Rail) NMBS in order to relocate its offices to it. It is located on an oblong plot, which is bordered in the east by the Ghent-Deinze railway line and in the west by the Jean-Baptiste de Ghellincklaan.

The station had not been used since 1984 and the building had fallen into a state of disrepair.
The former ticket hall and the home of the station master have been refurbished and re-organised into a modern office building. It offers space for 15 fully equipped work stations, with plenty of room for archive, documents and samples, technical rooms, kitchen and toilets for the ABSCIS ARCHITECTEN architects’ bureau.

The first phase of the renovation was completed in 1999 and in a second phase the detached garden shed and its lean-to will be completely demolished making room for a new extension instead.
The extension of one building layer with a flat roof will be realised on the outside in grey exposed concrete. The colour of this exposed concrete fits very well with the colour of the Belgian bluestone plinth of the existing building and gives it a modern interpretation.

The new build remains connected with the existing station building by using a new glass main entrance hall and it will also be provided with toilets, a small kitchen and a large meeting room.

The existing arch window on the ground floor will be completely incorporated in the interior by using a roof in clear glass. At the rear side (the railway line side), a sunken connection is created to separate the new build visually from the existing station build. The former station building is a listed building and is renovated whilst still keeping its authentic character. The new extension will be heated and ventilated using a mechanic ventilation system equipped with a heat recuperation system ensuring a high quality ease of use. Sustainable and ecological insulation materials are chosen in order to keep the heat loss and environmental burden to a minimum. Rain water is collected, treated and re-used for the toilets. 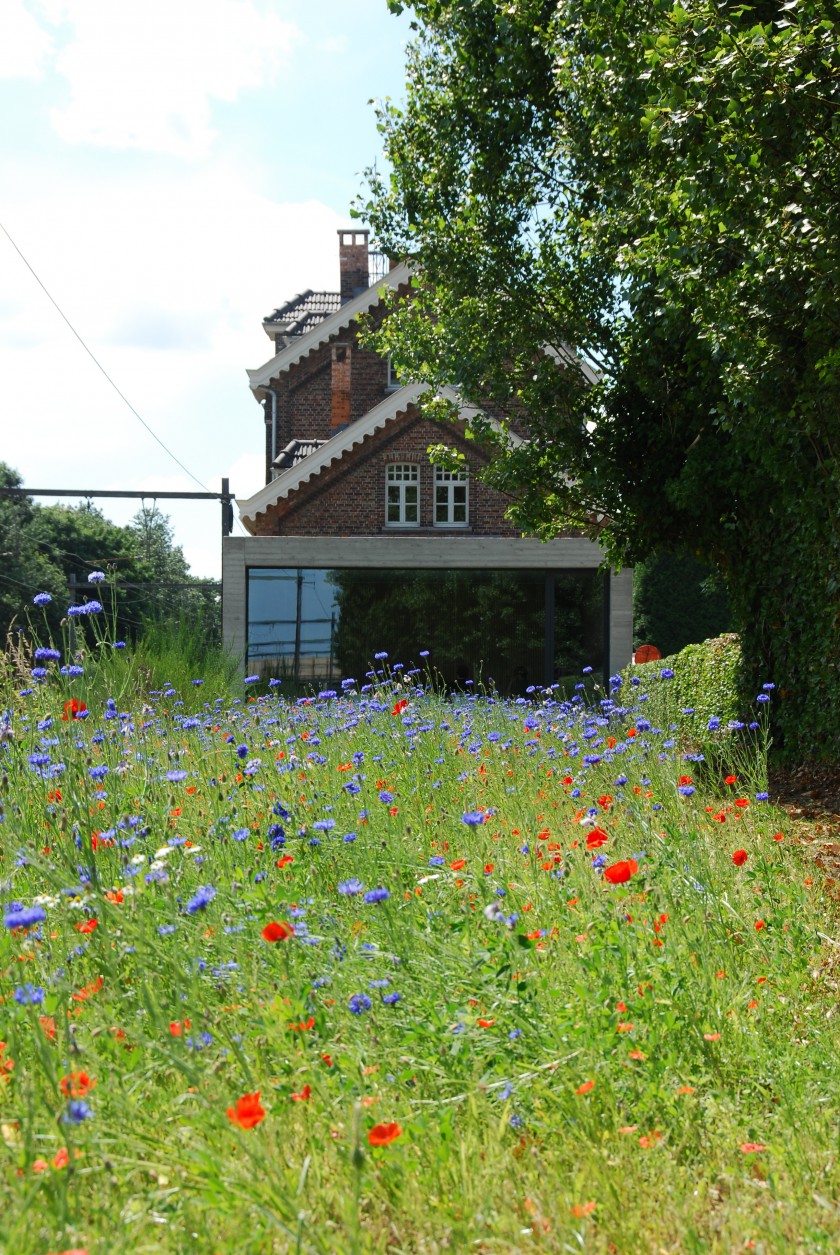